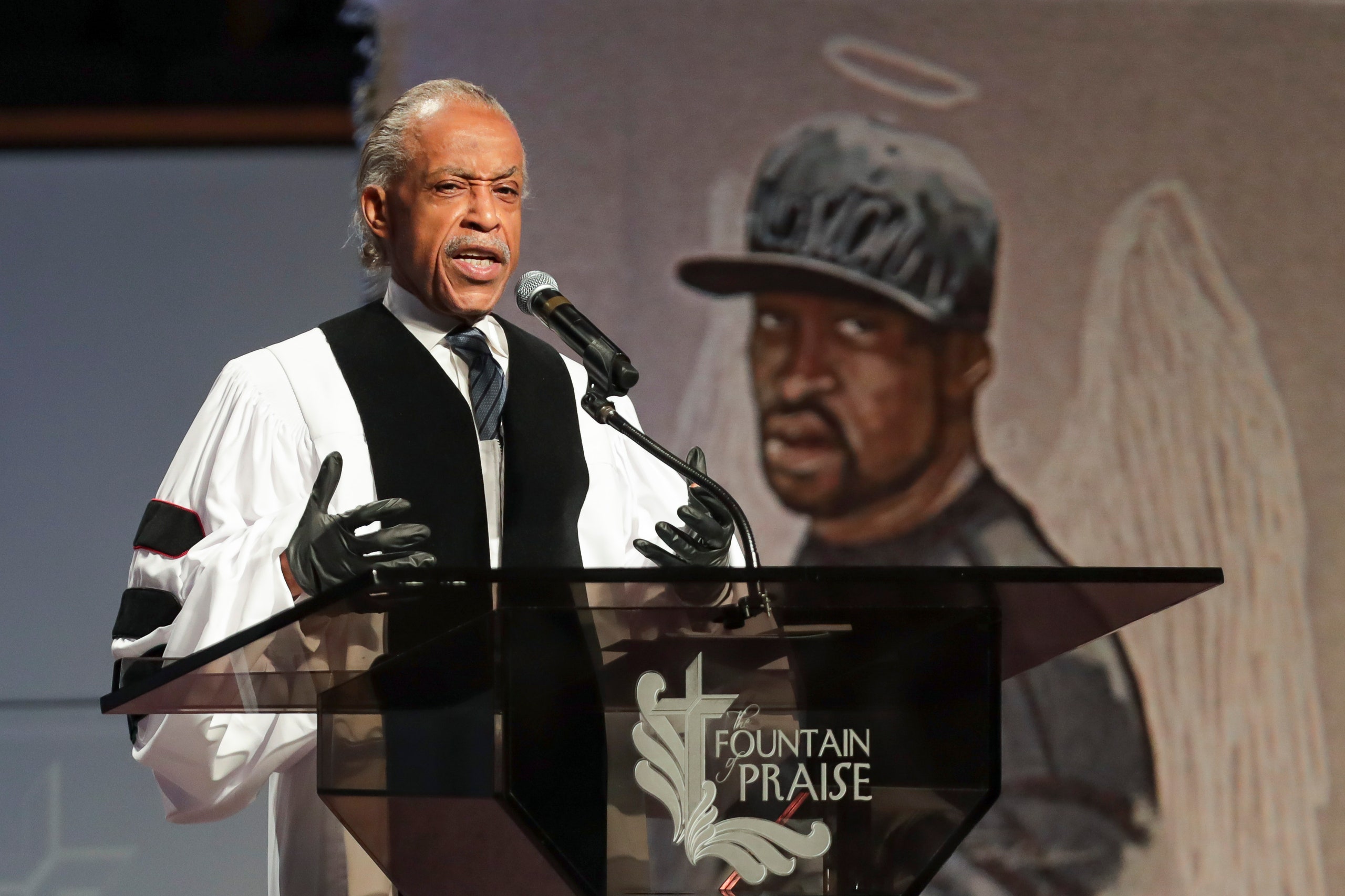 The Reverend Al Sharpton, whose phrase “get your knee off our necks” became a national rallying cry for Black Americans after he uttered it at the Minneapolis memorial for George Floyd last week, returned to the pulpit on Tuesday to give a powerful eulogy at Floyd’s funeral in Houston.

For roughly 40 minutes, Sharpton called for the four Minneapolis policemen involved in Floyd’s death to be brought to justice (“because lives like George’s will not matter until somebody pays the cost for taking their lives”). He also criticized President Donald Trump: “When some kids wrongly start violence that this family doesn’t condone, the president talks about bringing in the military. But he’s not said one word about 8 minutes and 46 seconds of police murder of George Floyd.” And Sharpton even called out the NFL for its treatment of quarterback Colin Kaepernick, who in 2016 knelt during the national anthem in protest of police brutality and has not played a game since 2017. “Don’t apologize—give Colin Kaepernick a job back,” Sharpton said. “We don’t want an apology. We want him repaired.”

But perhaps the most moving moment of the eulogy, and the one that brought all of the approximately 500 mourners in the Fountain of Praise church to their feet, was when Sharpton singled out several individuals and asked them to be recognized. Each shared a burden with the family of the man being buried, Sharpton said, explaining, “They wanted to be here to be part of this because they understand the pain better than anyone, because they’ve gone through the pain.”

“The mother of Trayvon Martin, will you stand?” Sharpton said.

“The mother of Eric Garner, will you stand?”

“The sister of Botham Jean, will you stand?”

“The family of Pamela Turner, right here in Houston, will you stand?”

“The father of Michael Brown from Ferguson, Missouri, will you stand?”

“The father of Ahmaud Arbery, will you stand?”

As the clapping grew in intensity, Sharpton added, “All of these families came to stand with this family because they know better than anyone else the pain they will suffer from the loss that they have gone through.”

The funeral aired live on broadcast and cable television, and as it began at noon, the New York Stock Exchange went silent for 8 minutes, 46 seconds—the length of time a Minneapolis police officer held Floyd’s neck under his knee before he died. It was the longest moment of silence on the stock-exchange floor in its 228-year history.