Nollywood actress Eniola Badmus has been known to proudly rock her plus-size body stature since she emerged in the entertainment industry but it appears the film star is now working towards achieving a new body shape.

Badmus has been on a demanding weight loss journey in the past few weeks and she has been open enough to share the emotional journey with her fans and followers on social media. Just recently, the movie star took to her verified Instagram page with a new work-out video.

Interesting facts about the Kent State Gun Girl Badmus was seen sweating profusely as she swung a heavy tyre from left to right. “This Tyre is heavy oooooooo @deshapeables but why why……I’m dying oooooo,” the actress wrote in the caption that accompanied the video post. 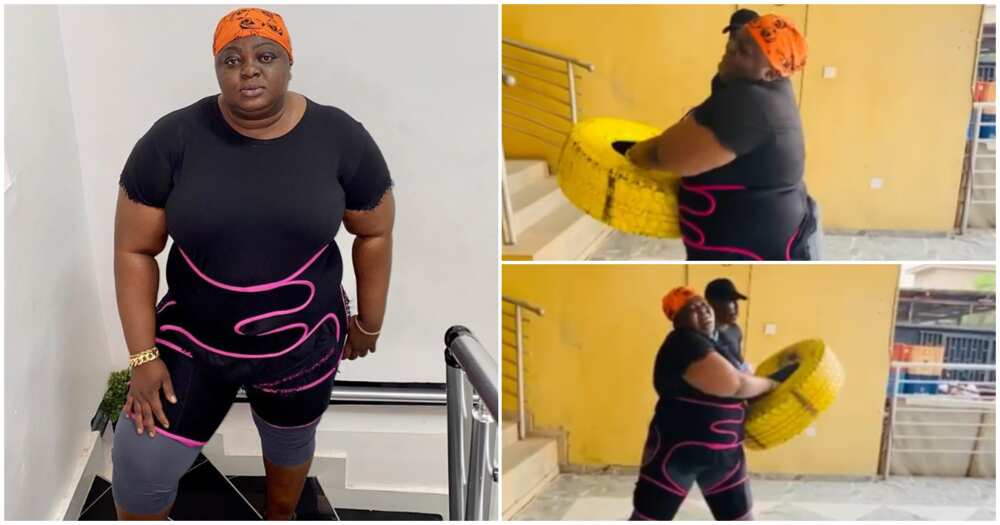 Photo: Instagram/@eniola_badmus Source: Instagram Upon sharing the post, some of her fans and colleagues were spotted in the comment section with words of encouragement for the actress.

Read some of the messages to Badmus below:

lauraikeji: “Wow, this is motivating.”

essence_colors: “When the results come some people will now be saying what is not..meanwhile they did not see the process and pain you went through.. well-done ma.

” joyce_unusual: “I so love your courage mami. Let peeps rant whatever they will rant,as far as you know what you want and you know your aim on this, you’re just good to go. Its a gradual process. Love you.”