US President Donald Trump was abruptly escorted from the White House briefing room by Secret Service agents shortly after he began briefing reporters. 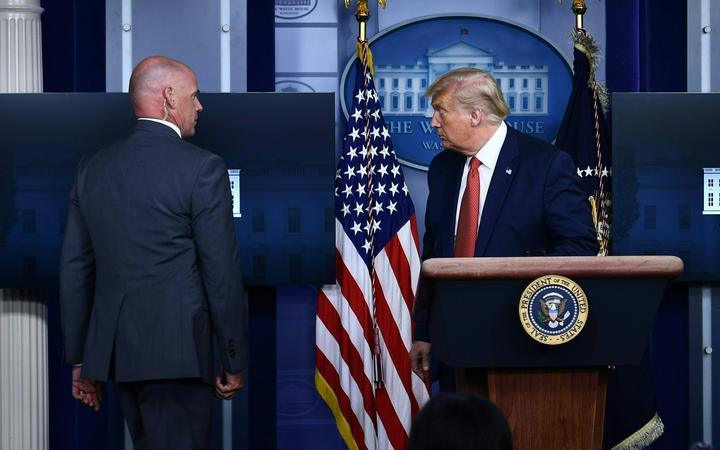 US President Donald Trump is being removed by a member of the secret service from the Brady Briefing Room of the White House in Washington, DC. Photo: AFP

Trump was heard to say “Oh!” and “What’s happening”, as he left the briefing room.

When Trump returned, he said there was a shooting outside of the White House premises.

He said the person was shot by the Secret Service or law enforcement and he was taken to the Oval Office after the incident.

“It was a shooting outside of the White House,” Trump said. “It seems to be very well under control. … But there was an actual shooting, and somebody has been taken to the hospital. I don’t know the condition of the person.”

Nobody else was wounded in the shooting, Trump said. He praised the Secret Service response and said the agency would have more details on the event later.

“There were no details – we just found out just now,” Trump told reporters.

The Secret Service did not immediately respond to queries about the incident.

He said the shooting was nearby the White House but outside the perimeter gates.

Trump said he understood the suspect was armed.

He said he feels very safe at the White House with the Secret Service.