The Nigerian Bar Association (NBA) has called on a Senior Advocate of Nigeria (SAN), Wole Olanipekun, to recuse himself from his position as Chairman of the Body of Benchers (BOB).

In a letter dated July 22 and signed by the NBA President, Olumide Akpata, the legal body said the call became necessary for the emplacement of interim leadership, in order to allow the Legal Practitioners Disciplinary Committee (LPDC) to investigate an alleged act of professional misconduct by one of Olanipekun’s partners.

The letter which was addressed to Olanipekun was titled, RE: PETITION AGAINST MS ADEKUNBI OGUNDE BY THE NIG. BAR ASSOCIATION FOR ALLEGED MISCONDUCT.

About a month ago, Ogunde, a partner in the law firm of Wole Olanipekun and Co., admitted that she sent an email to Saipem Contracting Nigeria Ltd to solicit a brief that was being handled by Ajumogobia and Okeke, the law firm of another SAN, Odein Ajumogobia.

In soliciting for the brief, Ogunde wrote to one Mr Caio Francesco of Saipem, claiming that her law firm, Wole Olanipekeun & Co., would be more influential in helping Saipem avert a potential huge payout to the Rivers State government.

She would later blame this on youthful exuberance. Her firm also sent out a disclaimer that Ogunde’s letter was sent out without their authority.

By a letter dated July 19, the NBA wrote a petition against Ogunde recommending that she be required to answer for the allegations of professional misconduct.

The NBA President swiftly followed up on Friday with a call for Olanipekun to step aside to allow for due process and for the LPDC to carry out its duties without the BOB chairman coming under undue suspicion of impartiality.

When contacted for his reaction to the letter, Olanipekun said he was on holiday outside the country and had not seen the letter or received it. 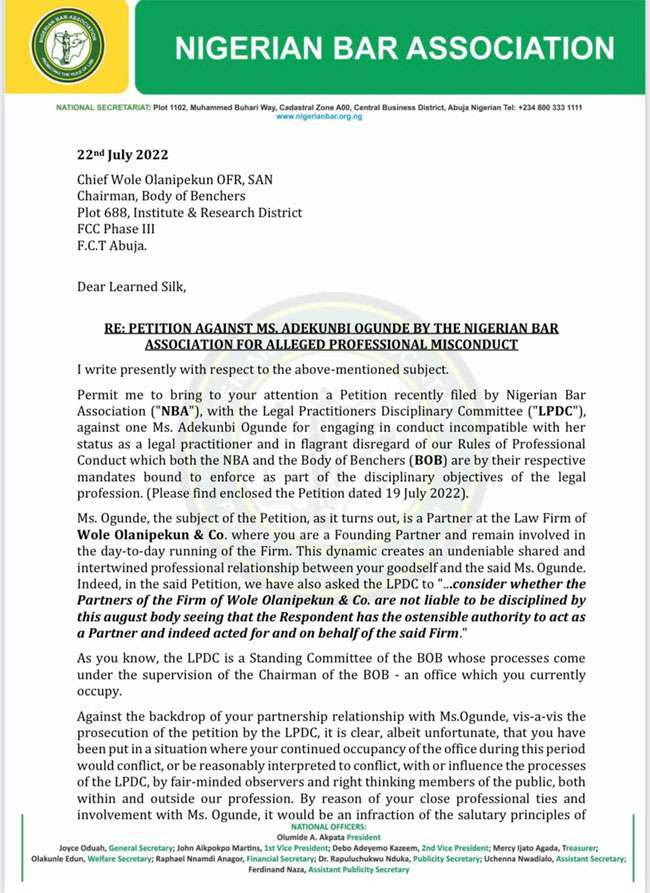 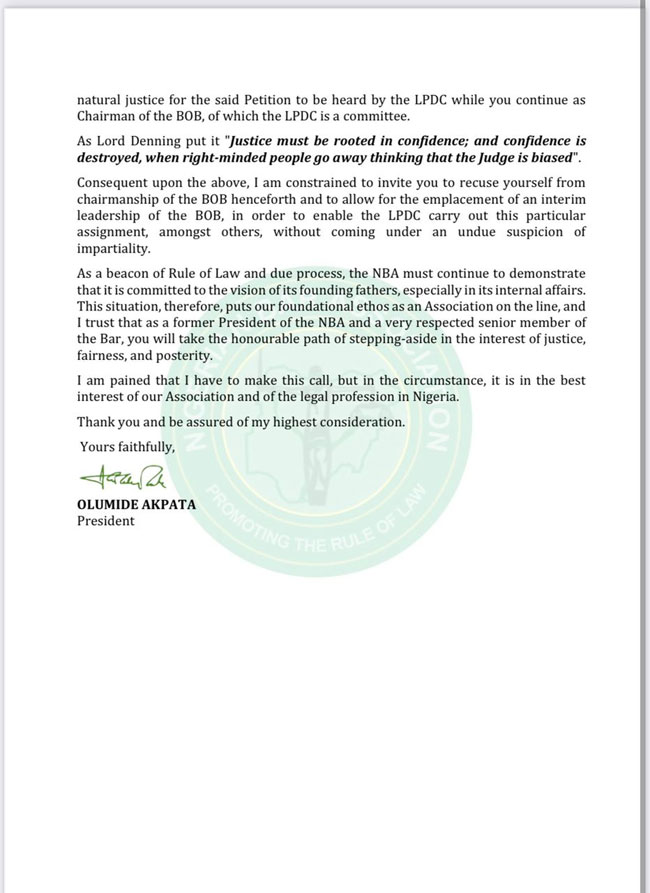