Bureau de Change Operator, Ismaila Mustapha, also known as Mompha has taken down all his posts on Instagram, leaving his fans worried.

This comes after Mompha blasted Instagram users who have been tagging FBI and Interpol on his Instagram page following the arrest of his former friend, Hushpuppi.

After months of investigating and monitoring Hushpuppi and his gang’s social media, the Dubai police swooped in and took them into custody.

Mompha is also known for flaunting his lavish lifestyle on the photo-sharing app.

However, a quick scroll through the Dubai-based big boy’s social media page shows that he has deleted all of his posts except one which was posted on Monday. 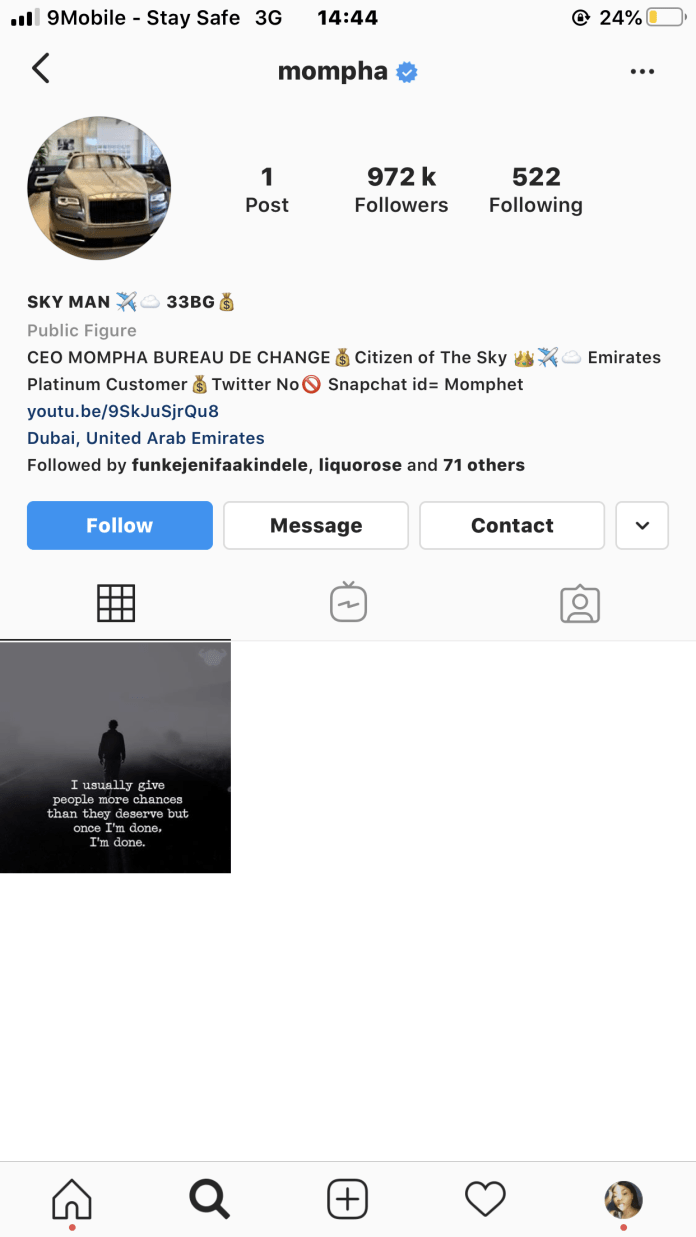