Former Donald Trump campaign strategist Steve Bannon was arrested Thursday and charged with defrauding hundreds of thousands of people as part of a group which promised to use private money to build a section of border wall, a signature issue of the president.

The We Build The Wall scheme raised $25 million to fund its own barriers in Texas and New Mexico, some of which have been built. The group’s online appeal for funds included a picture of President Trump and a stamp that said ‘Trump Approved.’ His son Don Jr. visited one section in Sunland Park, New Mexico, in July 2019.

But prosecutors say it was a scam: donors’ cash was also funneled to its founder Brian Kolfage and to Bannon.

Bannon, who helped steer Trump’s campaign then joined him in the White House in 2017 as chief strategist only to be forced out, is accused of getting $1 million in the alleged scheme, spending hundreds of thousands of that on ‘expenses.

He was arrested on a 150-foot yacht off the coast of Westport, Connecticut.

The group’s founder, Kolfage, is also accused of fraudulently pocketing funds. He claimed he did not get a cent from the scheme but instead got $100,000 up front and $20,000 a month salary, prosecutors allege, living a lavish lifestyle at Miramar Beach in the Florida panhandle.

Kolfage, an Iraq war veteran who had both legs amputated and lost his right arm in a rocket attack, was arrested at his home in Florida.

At the White House Trump denied knowing anything about the scheme and tried to distance himself from his former campaign manager.

‘He was involved in our campaign and for a small part of our administration.’ In fact Bannon was the campaign CEO for its last 88 days after the ousting of Paul Manafort – who is now a convicted felon himself –  and then was Trump’s ‘Chief Strategist,’ with a West Wing office close to the Oval Office.

He also tried to distance himself from the scheme despite its ties to his inner circle, saying: ‘I don’t like that project. I thought it was being done for showboating reasons. It was something I very much thought was inappropriate to be doing.’ 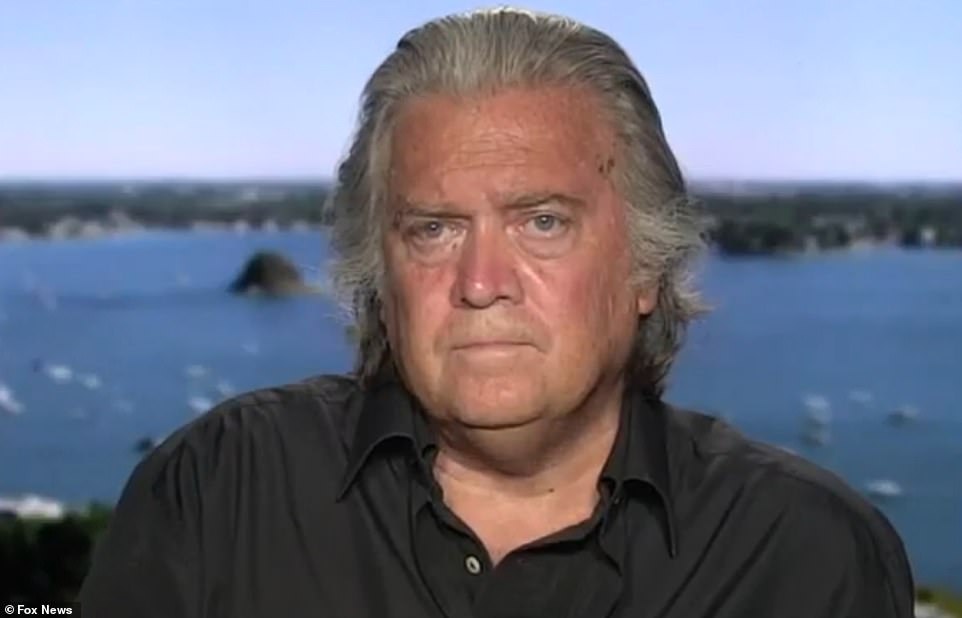 In handcuffs: Steve Bannon was arrested and was due to be taken to federal court in Manhattan to face a judge on fraud charges 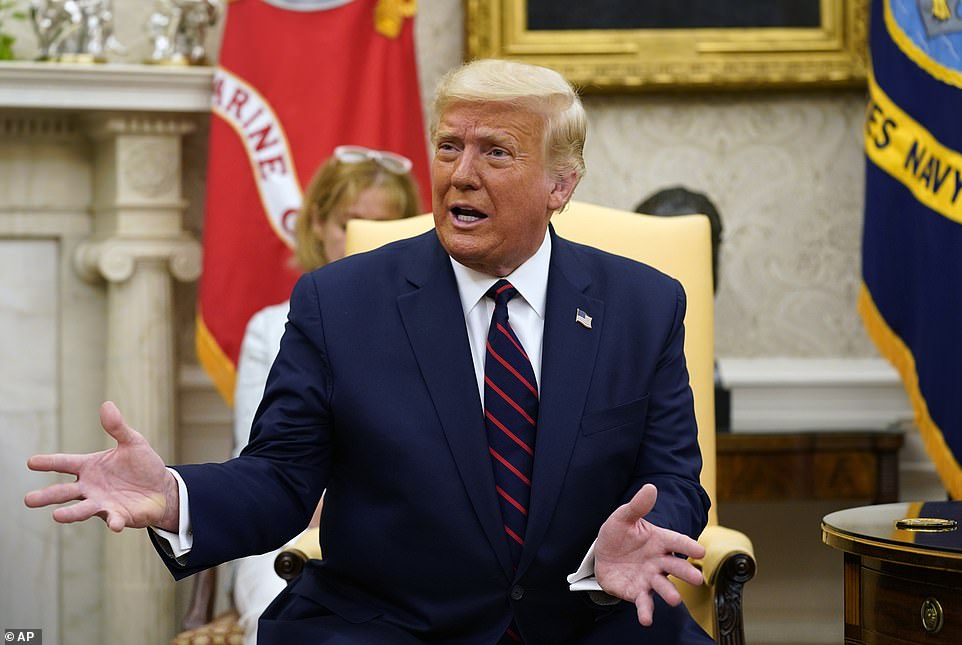 ‘Sad.’ Donald Trump, who met Iraqi prime minister Mustafa Al-Kadhimi at the White House, tried to distance himself both from Bannon – saying he had not dealt with him for a long time – and the wall scheme, despite its ties to his family and inner circle